As a pastor, the Rev. Raymond A. Jetson’s focus is on his congregation, but his compassion and concern extend far beyond the walls of his church and deeply into the community. Whether he is leading a youth group activity, repairing a home or counseling a family, Rev. Jetson is always aware that he is part of something larger than himself.

This became painfully clear when violence in Baton Rouge made national headlines this summer. When Alton Sterling was killed in a scuffle with two police officers, local citizens and outside groups held protests throughout the city. Rev. Jetson was leading a Bible study at Star Hill Church two days later and decided his group should participate at the protest being held at the site of the shooting. It was only a few blocks away, so he and his students walked, Bibles in hand, to the Triple S Food Mart where Sterling had died.

“We prayed for healing,” he said. “And we spoke with many of the people there. That evening, as Christians, there was no other place we should have been.”

Just a week later, six police officers were shot (and three of them killed). Tensions were high in the following days, and many looked to their spiritual leaders for guidance. Star Hill’s congregants were no exception.

“It has been a time of great uncertainty,” Rev. Jetson said. “The rhetoric and tenor of the conversations in our community divide us more than unify us. We have become a people of extremes. Everyone’s in one corner or the other. But truth and reality are somewhere in between, and that’s the direction we need to move toward. I have hope that we will come together.”

This willingness to engage with the world is at the core of Rev. Jetson’s being. Some might call it “divine providence.” In November 1983, his father was elected to the Louisiana Legislature but died just a few months later in 1984. So Rev. Jetson himself ran for office and was elected State Representative of District 61 that same year, serving until 1999.

In spite of a busy legislative career, he felt called to the ministry. He became pastor at Star Hill in 1994 and under his leadership, the church grew to more than 1,500 members. In spite of his full-time responsibilities at Star Hill, he was willing to do more. For three years after Hurricane Katrina, Rev. Jetson made a huge difference in the lives of many Katrina survivors. As CEO for the Louisiana Family Recovery Corps, he helped families connect with loved ones and matched individuals with resources needed to move on with their lives. He also served as deputy secretary for the state’s Department of Health and Hospitals. 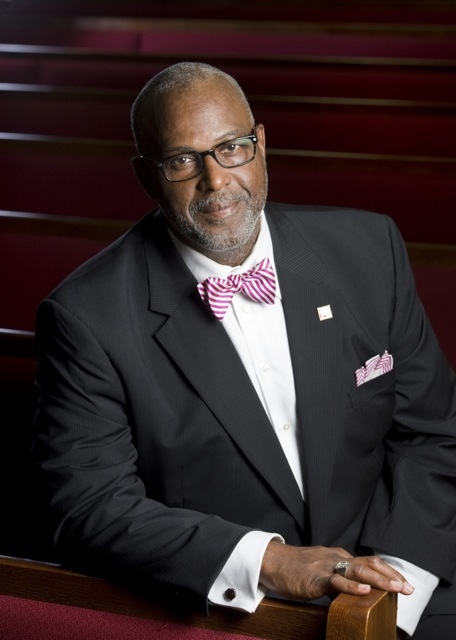 His philosophy as a leader and a community member is simple. “We have to be people of love and forgiveness, care and compassion,” he said. “It must begin with us. Instead of looking at the differences among us, we should focus on who we are in Christ. We have to learn how to work together and meet the needs of the least, the last and the left behind.”

Rev. Jetson leads his church according to three basic missions or goals: congregational support, youth development, and community engagement. And in living out this mission, he challenges his congregants to become “spiritual entrepreneurs” and engage in important community issues.

“This way of living and serving is what we call ‘Kingdom expansion,’” Rev. Jetson said. “It’s the way we identify the God-given resources of the people in the pews every Sunday and mobilize them to become active and make a difference all the other days of the week.”

The “Kingdom expansion” idea can be applied to the entire Baton Rouge community, whose identity was completely altered by the events of this summer. The consequences will play out over the coming months, and possibly years, and hopefully, will lead to true reconciliation.

“Our current circumstances are an opportunity for believers to demonstrate before others what we say we believe,” said Rev. Jetson. “Those who profess to be Christians must demonstrate it through their actions.”

Rev. Jetson is married and has two adult children, J’Erica Nicole and Jeremy Louis. His wife Tammy is very active in the church. Star Hill is located at 1400 N. Foster Drive. For more information, call (225) 925-3133 or visit the website at starhillchurch.org. You can also join a live video stream broadcast of Sunday services and Wednesday Bible studies.