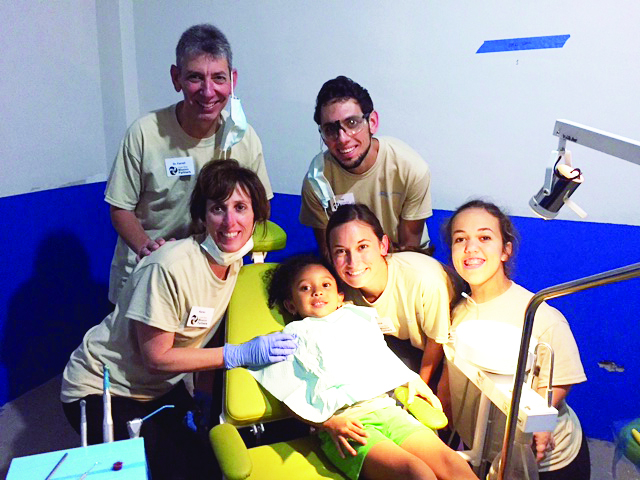 Dr. Farrell Frugé Jr., has been serving the Baton Rouge community as a dentist for 30 years. Farrell met his wife, Karen (a dental hygienist), in 1986 when he was in his 4th year of dentistry school at the LSU School of Dentistry in New Orleans. They are knit together by their faith and family which includes three children – Trey, Erica and Camille.

Recently, he decided to use his expertise in dentistry to help those in dire need by taking a mission trip to Costa Rica. Trey wants to become a dentist, so when Farrell heard about this mission opportunity, he thought it would be a great trip to take and bring his son along on. Dr. Frugé’s wife and daughters also wanted to attend, so the mission trip quickly became a family affair. During their time there, the discoveries they made were ones that surely helped their faith grow even stronger.

So many people in Costa Rica are unaware of the importance of dental care, and Dr. Frugé and his family quickly recognized the great need present. The Frugés travelled to Costa Rica on May 26th and stayed through June 2nd. Farrell and Karen felt that this experience would be life-changing as they exposed their children to the needs in a country where dental care is not as accessible as it is in America. Dental care is not affordable for the average resident, so this mission trip was one in which certain lives were truly touched by receiving proper dental care.

Karen and Camille shared how a young boy who needed serious dental treatment left a real impact on their lives. They were both shocked at what they witnessed in this 2-year-old boy’s mouth, but it also allowed them to educate his parents and other parents on how to properly care for a young child’s teeth. The family was concerned about his discolored teeth and the fact his teeth were decaying at such a young age. The dental team met with the family and uncovered the reason for the decay – the parents were giving their baby a bottle of milk or juice at bedtime in his crib. 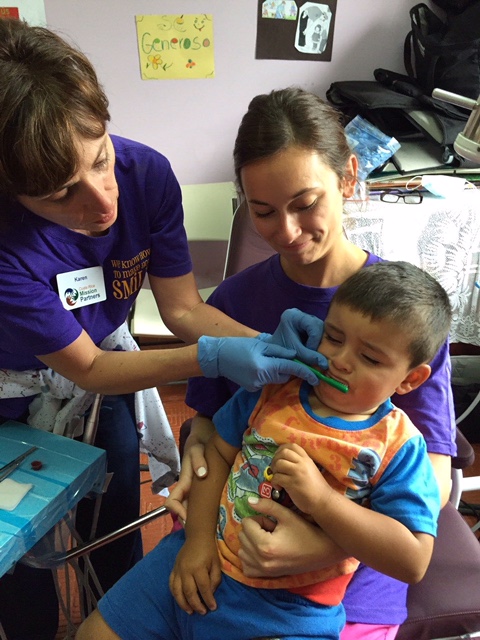 This gave Farrell the opportunity to share that though it may seem like the right thing to do for the child at bedtime, it was actually not the best thing for the child’s teeth because the sugars in the milk or juice pooled in the child’s mouth at night resulting in cavities. Farrell and Karen thought that other parents might be doing the same thing, so they encouraged the pastor of the local church to make an announcement that would help educate parents on the high risk of tooth decay from putting children to bed with any such liquid.

The Frugé family truly grew in their faith by serving those less fortunate, and at the same time they felt love from those they served. During the mission trip, Farrell and his family served the parishioners at the United Methodist Church in La Carpio along with pastor James and his family. Additionally, they served the parishioners at the Platanares Church in Moravia along with pastor Christian and his family. Though the language barrier was challenging at times, it did not take them long to learn a few Spanish words to make their dental treatment a success. In both of the communities they visited, the pastors’ wives cooked and served lunch to the Frugés. “We were so thankful and appreciative of the meals they served our family,” says Farrell. “We knew that they were taking care of us, just as much as we had gone to take care of the families that came to seek dental treatment.” 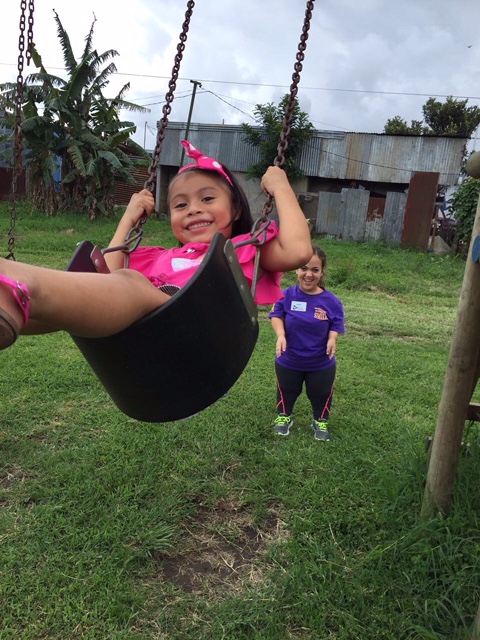 As a strong Catholic family, the Frugés have always believed in giving back. Every Sunday they attend mass at St. Thomas More. They have always been active in their home church and Farrell and Karen have led by example to their children in terms of community service and the importance of being connected to others that are less fortunate right here in Baton Rouge. The Frugés cook and serve meals every 3rd Tuesday of the month to the men at St. Vincent de Paul. In addition, each member of the Frugé family has been active in some way at their home church.
Trey and Erica were altar servers from 5th to 12th grade. Their youngest daughter, Camille, continues to altar serve and will be confirmed at St. Thomas More on October 19th. Karen has served as a vacation Bible school teacher and Come, Lord Jesus! leader. Farrell was chairman at our St. Thomas More parish festival. In addition to their church involvement, it is very important to them that they spend time with their extended families. On Sundays, the Frugé family takes up two rows of pews at church including grandparents, aunts, uncles, and cousins. Sunday has always been a special day for the Frugé kids because they get to see other family members and hear God’s word.

Their bonds with other St. Thomas More families are tight as well. Farrell and Karen believe that their children’s desire to serve began at St. Thomas More School and grew even stronger at St. Thomas More Church. “We have taught our children that it is important to not only ‘give back,’ but ‘to pay forward’ — that is to give to others before there is a need,” says Farrell.

1 Peter 4:10 says, “As each has received a gift, use it to serve one another, as good stewards of God’s varied grace.” The Frugé family understands what this means and probably even more so after they returned home from serving in Costa Rica — one’s gifts are to be of service to others.