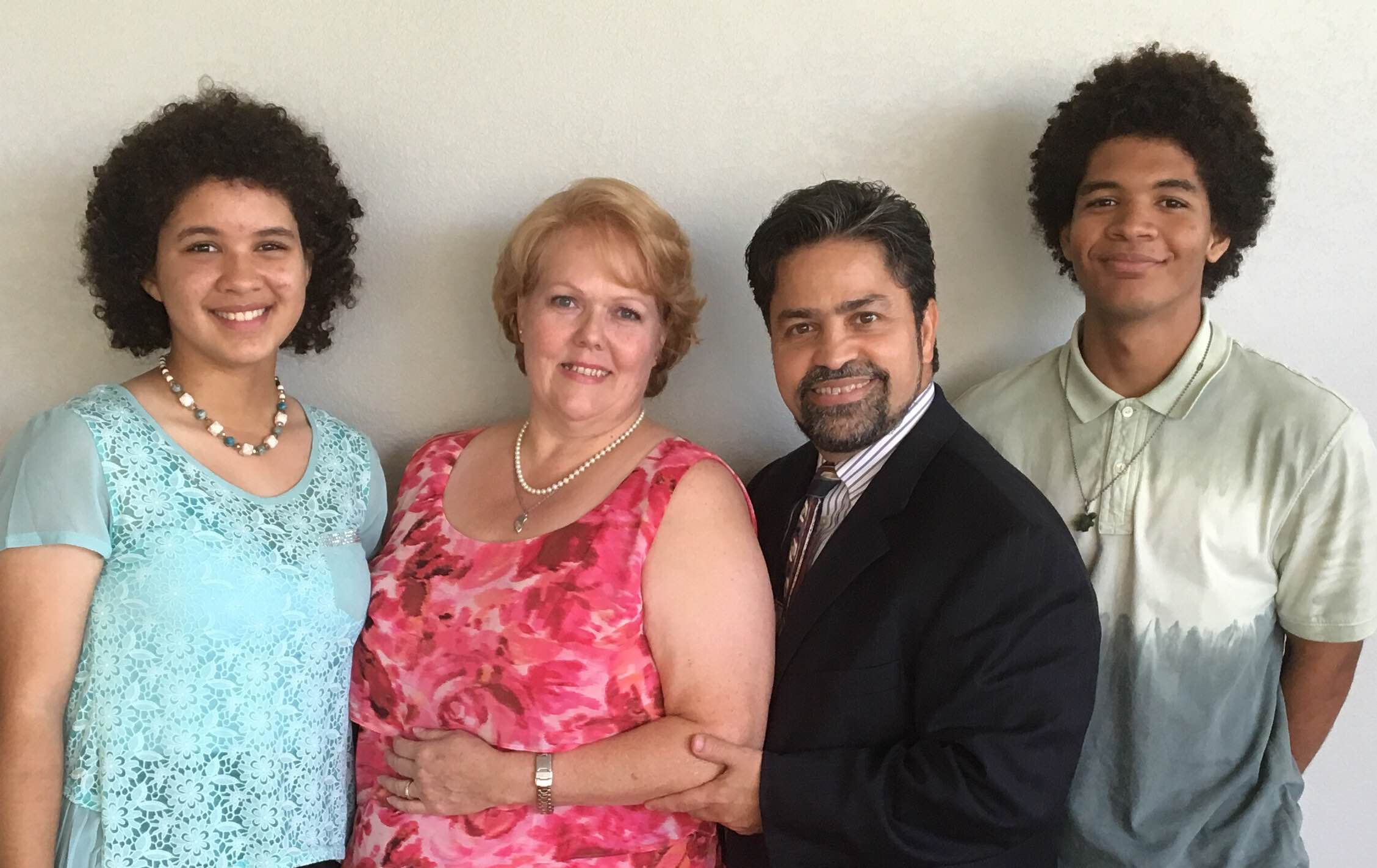 Nearly four years ago, Victor and Amy Canada learned about a single father with terminal cancer looking for a couple to adopt his two children. Twelve-year-old Josh and 11-year-old Wynter’s father could think of little else but finding parents who would make sure his children continued their education, pursued music and art, and grew up in a Christian home.

That’s a pretty specific wish list, but the Canadas fit the bill. “We said yes to other children who needed a home over the years, but it had not been the right match,” said Amy. “We believe it’s because these were our children all along. God was bringing about his plan.”

Amy remembers first meeting the children, who were friendly and had a lot to talk about. They also brought some of their artwork to share with Amy and Victor. In the months that followed as their father became more ill, the children formed a bond with their new adoptive parents.

Victor remembers sitting at the dinner table one night and marveling at how quickly and completely they had formed a loving family. “We would sit together for hours talking and laughing. They both have such personalities! Such a sense of humor! And over time, they’ve even picked up some of our mannerisms and ways of doing things. We were comfortable together from early on.”

Amy home schools Josh and Wynter, now 16 and 15, and they are both involved in a number of activities. Josh loves to fish. Wynter loves to sing and act. They both play soccer, guitar, and enjoy sketching and painting. They are also skilled at making jewelry, something their father taught them, but it holds bittersweet memories, Amy said.

“There have been struggles,” said Amy, “but when I need an answer from God, it always comes to me. I also lost my father when I was very young, so I know what that feels like. I understand what they’ve been through. I have that special connection with Josh and Wynter.”

“God sometimes calls us to do things that are bigger than we are,” said Victor, “and I think being a parent is one of them. I’ve learned that it’s one of the most important endeavors anyone can embark on.”

Creating a family brings the Canadas great joy, but it has also stirred a longing to do even more. Their adoption was handled by Todd Gaudin of On Point Legal, who is also an adoptive parent himself, and has a passion for helping families through the process. A year ago, the Canadas joined Gaudin and his wife Hope to form Uplift Adoption Network, which encourages adoptions, helps to remove obstacles and offers a network of ongoing support.

In November, the group hosted the Adoption Perspectives Conference, which drew an audience of adoptive parents, adoptees, birth mothers, and professionals who work with the adoption process. A resounding success, the event included presentations and panel discussions from a wide variety of organizations and ministries. It was held in conjunction with World Adoption Day.

One of the goals of Uplift Adoption is to combat the myths that surround adoption, including fears about the expense, legal rights and the approval process. “We want to educate couples about all of the resources and support that are available to them,” said Victor. “And most of all, we want couples to realize that adoption is a true calling, not a last resort.”

Amy says Uplift also works to improve understanding and attitudes toward birth mothers. “It’s hard enough to place your child for adoption,” she said. “But imagine how much harder it is when people judge you or treat you badly because of it. We think it’s an honorable decision to do what’s best for your child, and birth mothers should be treated with dignity.”

If you would like to know more about the adoption process, call (225) 270-9022 or send an email to info@upliftadoption.com.