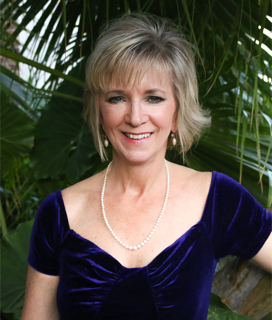 Does your faith move mountains? It should. It could.

Let’s make a New Years “Revelation” together. In 2017, we will move mountains!

The Bible is filled with stories of people who had big faith — David, Queen Esther, Abraham, Daniel, Nehemiah, Peter, Paul, Thomas, John, and so many more! In Mark chapter 5, Jesus healed a woman saying, “Your faith has healed you.” Her faith. Not her works, not her life story. Her faith.

None of these mentioned had worry-free lives. They had obstacles. Many faced death. They didn’t just worship God all day. The lived lives, had families and jobs. Like us, they faced great difficulties and overcame obstacles.

Matthew 17:20 says, “He said to them, ‘Because of your little faith. For truly, I say to you, if you have faith like a grain of mustard seed, you will say to this mountain, ‘Move from here to there,’ and it will move, and nothing will be impossible for you.”’

O: Overcome! In 2017, be an overcomer! The only way to overcome anything is by trusting the truth of His Word. 1 John 4:4 says, “You are from God, little children, and have overcome them; because greater is He who is in you than he who is in the world.”  When you are feeling disappointed, say this verse out loud as much as you need to in order to walk in truth. Meditate on the Word and not your problems.

E: Everyone is equal! John 3:16 says, “For God loved the world so much that he gave his one and only Son, so that everyone who believes in him will not perish but have eternal life.” We must come together as one body. Christ died for all. He loves all equally and forgives everyone the same.

Our faith can move mountains. Isn’t that an incredible truth? The day to day can quickly rob us of an eternal perspective. Yet if we live by truth and focus on what God says in His Word instead of what our problems say about our lives, we begin to be transformed into children of God who live like heirs to his righteousness.

‘Because of their faith’ … let 2017 mark a new era of faith in your life. At home, at work, around the city. Be in the Word and in prayer. Do things that require faith. See that God is faithful, and by all means, move those mountains!