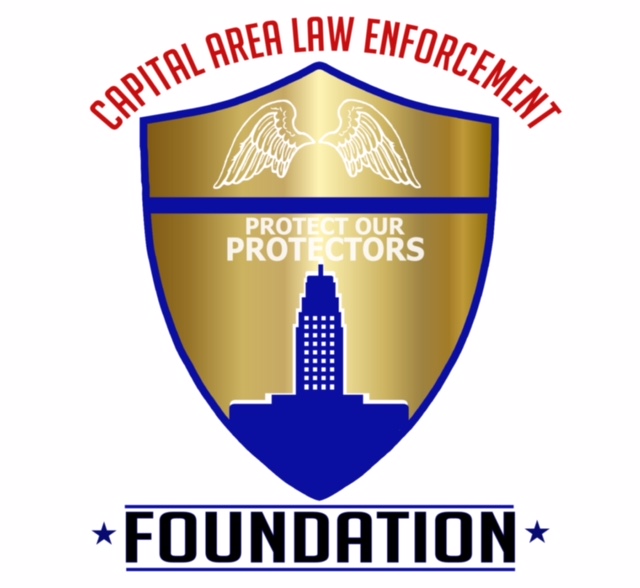 Pat Englade is a man on a mission. Against the agonizing backdrop of 2016-17 police shootings and flood recovery, the former Baton Rouge police chief sees avenues of hope. “I think, in the end, God’s going to give us the strength to do what we need to do, especially during these very trying times,” said Englade, a member of St. Alphonsus Catholic Church. “I’ve been very close to God all of my life, and he’s rewarded me very well. He gives me the tools to use, and I think it’s a shame if you don’t use them.” Chief Englade was sitting in St. Gerard Church on Plank Road in North Baton Rouge preparing to speak about his newest passion, the Capital Area Law Enforcement Foundation, when the word came out: Police officers had been shot on Airline Highway.

“It was very distressing because I had heard multiple officers were down, and for somebody from that background, it sends a chill down your back,” Englade said. “But after that we saw a definite need to better protect our officers.” The foundation’s vision – to help protect and provide for officers and their families in times of personal crisis – quickly became a nexus for law enforcement and the community. “We wanted to get those police officers protected as much as we possibly could and give them everything they needed to do their job as safely as they could,” Englade said. The widows and family members of officers killed or injured on duty play an active role in the foundation. “All these families have young children, and we see what they’ve gone through. These young women have evolved into very 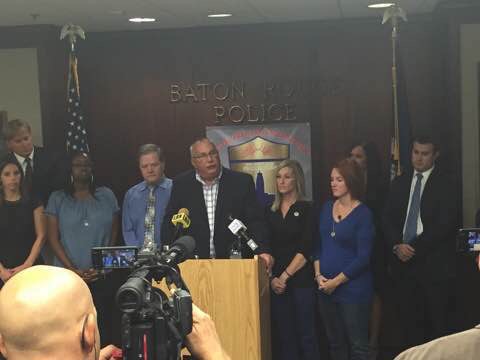 strong young individuals who have decided they don’t want this to happen to anybody else.”

“Those guys went in and did heroic acts with very little protection, to be honest with you,” Englade said. While most police officers wear a bulky Kevlar vest under their uniforms, they lack the type of vest that covers the top area with a steel or ceramic plate designed to stop a rifle round, a necessity in the increasingly dangerous environment. The

Baton Rouge Police Department has now almost completely outfitted its officers with improved vests, using money raised by CALEF. “What people don’t understand is those vests have a shelf life; it’s a five-year vest, so you have to trade those vests out. The need will just go on and on,” Englade said. The foundation is providing protective equipment for law enforcement in an eleven-parish area, including the LSU and Southern University police departments.

CALEF also continues to aid the family of EBRP deputy Nicholas Tullier, who is in longterm rehabilitation in Texas. The foundation was instrumental in passing legislation that guarantees permanent benefits for officers with life-threatening injuries and helps with college expenses for dependents. Through the foundation, a new college scholarship was established by the family of former state legislator Donald Ray Kennard who was known for his love of law enforcement.

“We wanted to help the families in time of crisis or need. If a firefighter or first responder gets in a situation where they need help to get to Houston [for medical treatment], we say, ‘Yes, we can do that,’” Englade said. “We all know policemen don’t get paid a whole bunch of money, so their ability to go out and buy a vest for themselves or deal with a crisis in their family is very hard on them.” 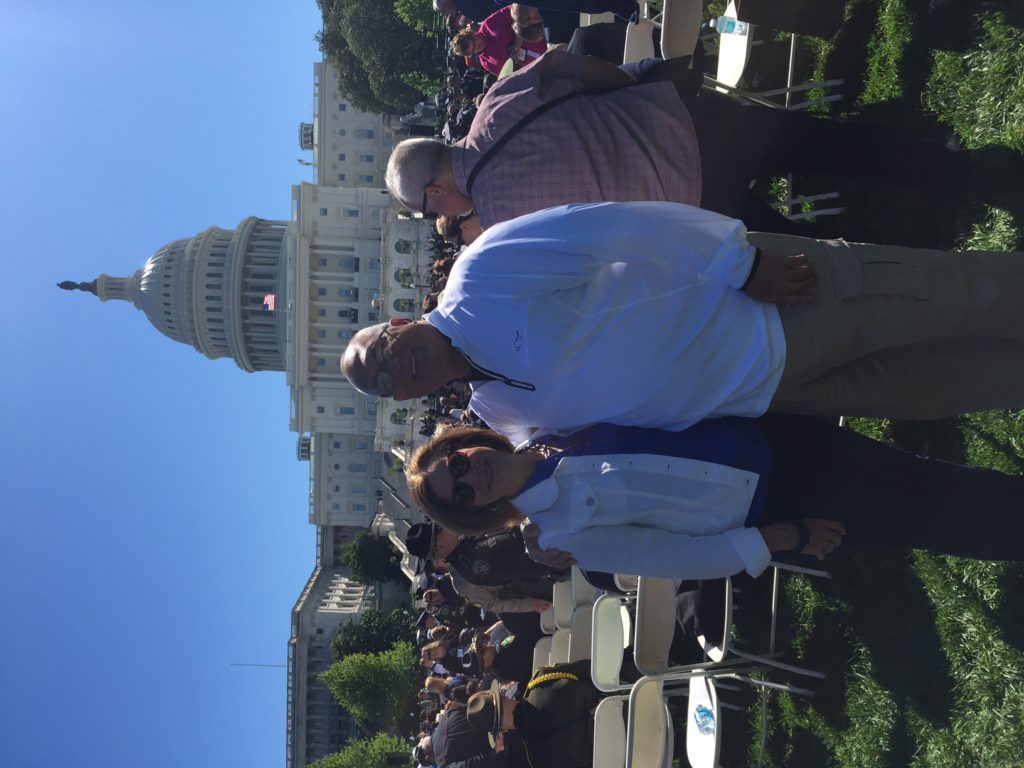 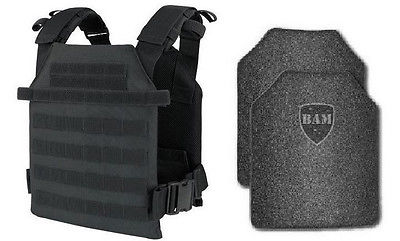 “We have no administrative costs; nobody gets any pay,” Englade said. “We can actually show people what we have done with their money. The Kean Miller Law Firm and Hannis T. Bourgeois, CPA, are both involved. They helped draft most of our stuff to get our 501(c)3. Garrett Graves and Bill Cassidy have both been tremendous in helping us through that process.” CALEF is fielding requests from around the nation from law enforcement agencies that want similar help.

So far this year, CALEF has reached more than half its million dollar goal. The outpouring from the community has allowed the foundation to purchase innovative risk-reducing equipment including drones to scope out potentially dangerous situations 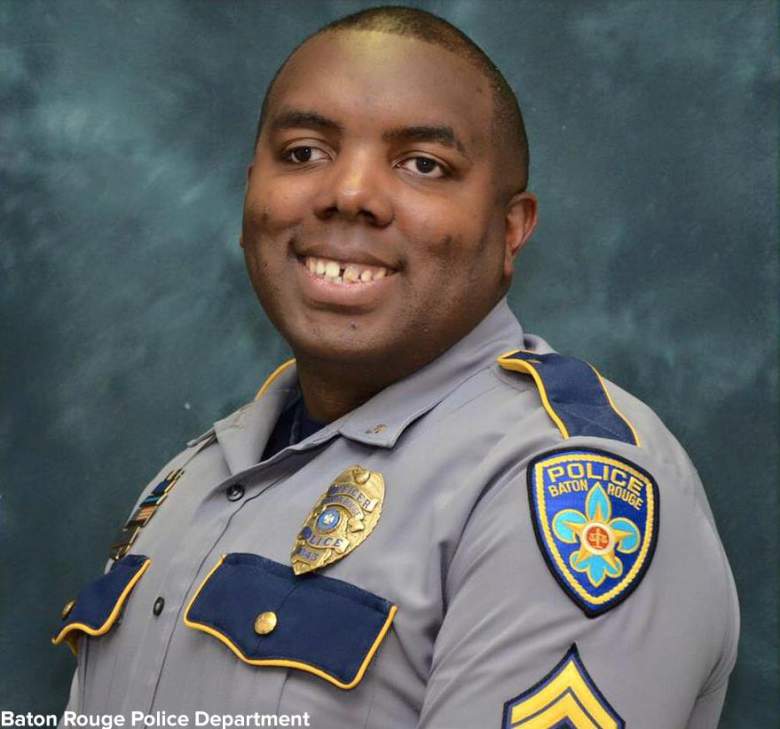 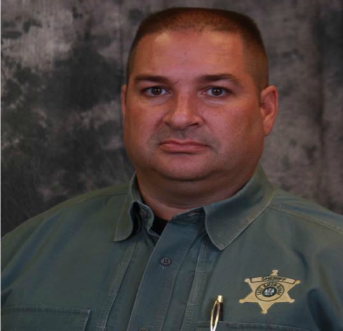 without endangering officers or police dogs. The foundation will also consider providing BRPD with another robot to check suspicious packages for explosives.

But no protective equipment can replace the ability of an officer to bring peace to a crisis. “I still believe in treating people the way that I would want to be treated:  communication and respect,” Englade said. “We just need to start talking to people again. Because God gives you opportunities and it’s up to you how much you’re going to make of the opportunities.”

CALEF is working with the NAACP and 100 Black Men to bolster community-police relations. “I think once people realize that police officers are just human beings like everybody else and not threats, they’ll see that if you’re not doing anything wrong you don’t have to worry about the police.” He is encouraging churches to reach out to law enforcement.

“The churches are missing a good opportunity to involve first responders in what they do and help pray for them,” he said. “I’d love to see every church in Baton Rouge have a First Responder Day. I think that will stick with these officers a little bit more, to understand that people care.”