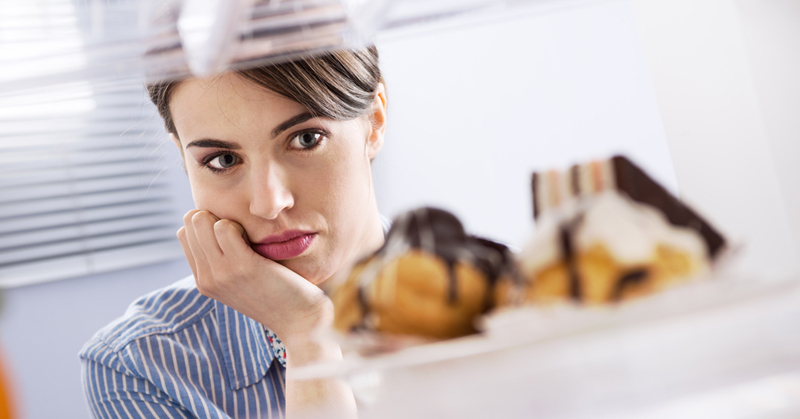 Have you ever thought about all the ways that many of our favorite foods are linked to even the most casual of traditions? Beyond just turkey at Thanksgiving, consider that movie theatres are linked to buttery buckets of popcorn, wings are a staple of fall and winter football parties, many of us boil spicy crawfish for Easter, and most folks wouldn’t dare plan a birthday party without a cake topped with candles.

It turns out that our bodies are programmed to crave the foods we associate with external stimuli such as watching football, according to Dr. John Apolzan, assistant professor in the Clinical Nutrition and Metabolism Lab at LSU’s Pennington Biomedical Research Center.

Research has shown that even when we’re working to improve our self-control in an effort to resist temptations for unhealthy foods, we still give into cravings 85 percent of the time. “Food cravings correspond to about an 11 percent variation in weight—which is significant—so we wanted to look at how to decrease those cravings,” said Apolzan, whose new research paper, “Frequency of Consuming Foods Predicts Changes in Cravings for Those Foods During Weight Loss,” was published in Obesity in June.

Apolzan and his colleagues found that the best way to stave off cravings is to avoid the stimulus that stokes them — but let’s be honest: we know we’re not going to avoid football games and birthday parties forever, so what’s the next best option?

Apolzan’s study found that eliminating certain foods from our diet all together can help us avoid future cravings in just a matter of three or four days. He suggests replacing junk foods like cookies, ice cream, chips or soda with healthier options. “What this research suggests is that if you crave ice cream, for example, and you’re trying to avoid a craving, it’s best to take it out completely instead of phasing it out slowly,” Apolzan said. “We found that once people increase their intake of other, healthier foods, they begin to crave those foods, too.”

That’s good news for those who attempt to improve their diet and quit their programs because they can’t imagine living with those cravings indefinitely, Apolzan explained.

So, if you’re looking to improve your diet, the verdict is in: replace junk food with fresh fruits and vegetables, lean meats, low-fat dairy and whole grains, and after a few days, you should be able to let go of some of those unhealthier vices.