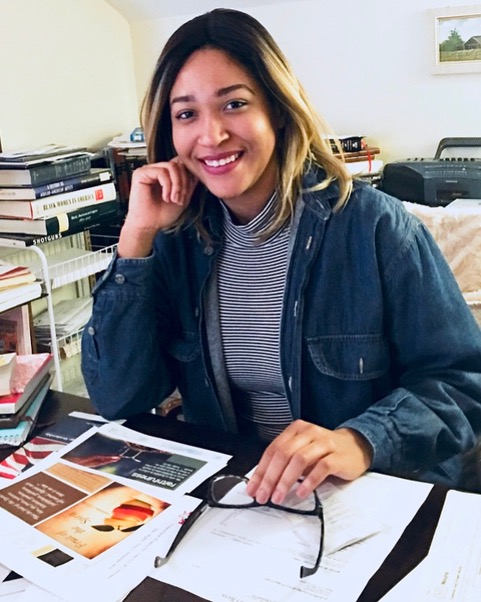 Webster’s dictionary defines identity as “the distinguishing character or personality of an individual.” Speaking as a millennial, this is something that we often struggle with – who we are. Two questions that I believe we’re born with are “Who am I?” and “What is the meaning of life?”

One of the many things I love about God is that He leaves no stone unturned. Those questions that have prompted research by noted scholars for ages … God has an answer to each one. He ultimately wants our destination to be the same, to live with Him for eternity. John 3:16 says, “For God so loved the world, that He gave His only begotten Son, that whosoever believeth in Him should not perish, but have everlasting life.”

Sometimes we struggle with purpose and who we are because we’re attaching our identity to a person, job or thing. But I’ve learned that God wants us to attach who we are, hope to be, and have ever been – to Him. He desires for us to place our expectations in Him because He is the only one who will never disappoint us. Placing it in anything besides Him is faulty because people die, jobs fall through or don’t meet our expectations, and things often fall apart. But God is and will forever remain constant. When we know who we are in Him, we become unstoppable, simply because the Creator of the universe is on our side! Just let that sink in for a moment.

It’s polarizing, isn’t it? When I was in college, studying journalism, I was very focused and knew exactly what God wanted me to declare as my major. I wasn’t the student who changed her major three times. I knew exactly what I was supposed to do and did it. When I graduated, I thought I was going to have a news reporting job waiting for me since I was so clear on my purpose. I didn’t. Talk about a true test of faith. I graduated in December of 2013, about two weeks before Christmas. Several months before graduation, I must have sent my resume to at least 50 stations around the country, including Hawaii and Alaska. But I didn’t have one job offer waiting for me. I began to question if I made the right decision after all.

Why would God tell me to study this for four years and not give me a job once I was done? It was a test of my faith and whether I was what I had always claimed to be – a child of God. I had to be reminded that as a child of the Most High, He would never leave or forsake me. In Jeremiah 1:5, God says “Before I formed thee in the belly I knew thee; and before thou camest forth out of the womb, I sanctified thee, and I ordained thee.”

Wow! So, if God knows who I am and He knows my destiny, I should be okay, right? Still, it’s hard to trust when you’re going through the test. So, I prayed and fasted. In 1 Peter 2:9, God reminds believers that He chose us. “But ye are a chosen generation, a royal priesthood, a holy nation, a peculiar people …” Chosen, royal, and holy. What a description. After praying and fasting and coming to the conclusion that I needed to trust God and realize who I was, that’s when it happened.

About a month and a half went by, and that’s when I got the call I was waiting for. It was the number one station where I wanted to work. I could hardly believe it, but I knew God must have wanted this, too. He lined everything up just the way it was supposed to be. So I encourage you that if you don’t know Christ for yourself, please get to know Him because you too can be Chosen, Royal and Holy.