Back Home in the Dome 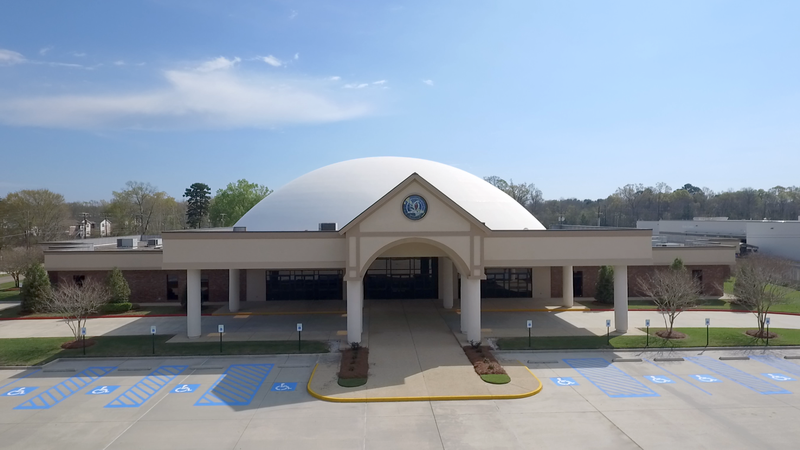 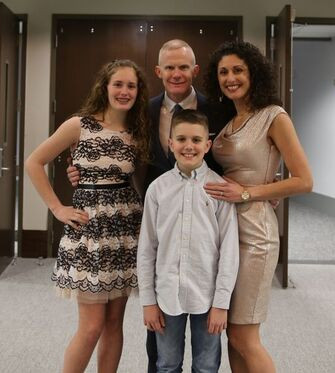 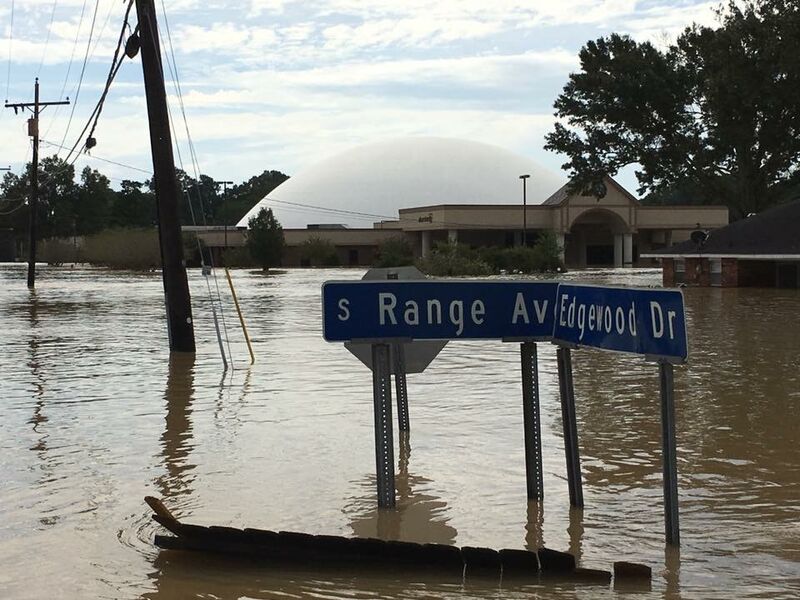 Pastor Greg and Christian Beatty with their children Kate and Tyler

Church members were heartbroken when they found the flood’s devastation

A man looks at a timeline of Abundant Life Church during the church’s rededication service on Sunday, March 11.

The members of Abundant Life Church in Denham Springs had plenty to celebrate on March 11. Not only was it the church’s 38th anniversary, but it was also a day of rebirth for a congregation whose campus had been devastated by the Great Flood of August 2016. As 700 churchgoers greeted each other at the re-dedication service, it was hard to imagine the 18-month journey that had led them here.

In the days after the flood, church members were shocked by the damage to their campus, which covers more than 12 acres and housed 10 buildings. “Everything was destroyed. Most of our buildings took on about four feet of water,” said Pastor Greg Beatty. “But our sanctuary, which we call the Dome, took on seven. We were heartbroken, and I’ll be honest – I had no idea what we were going to do.”

He knew what they would not do, however.

“We never once thought of giving up,” he said. “It was never an option. We moved our services to the Outreach Center and that’s where we worshipped for a year and a half. We knew we would rebuild and sure enough, from the very beginning, our church family started volunteering to help in any way they could.”

It was an overwhelming task – gutting, cleaning, pulling up carpets, tearing down sheetrock. And it went on for nearly a year. Then the rebuilding began. Luckily, many church members and volunteers donated their skills, from carpentry to painting to construction.

Kevin Kron, a 20-year ALC member and owner of Kron Enterprises, served as project manager for the reconstruction. “There were a lot of people with different skill sets who were used for God’s glory during that time,” Kron said. “It was stressful and it was a chore to stay coordinated, but God continued to meet our needs and bless us with volunteers.”

Family Pastor Miranda McGraw was also instrumental in the rebuilding of the church. She remembers incredible offerings of time and talent. “People we didn’t even know came to help,” she said. “All in all, we had more than 300 volunteers from nine states. And our church family really stepped up in a big way through fundraising and financial donations. We were really blessed. They believed in this church and they really came together.”

When all was said and done, the flood had caused $3.2 million in damage, and five of the 10 buildings had to be torn down. But the reconstruction allowed church leaders to make improvements and add new features.

The 65,000-square-foot sanctuary has a brand new look that includes theater-style seating, new carpet and furniture, a larger stage, a 40-foot TV screen, sound panels, and brand-new lights, instruments and sound equipment. In addition, 30 offices, meeting rooms and bathrooms were remodeled, and the children’s church area was expanded.

Beatty credits Kron and McGraw with making an impossible dream become a reality. They, in turn, credit their pastor for showing strong leadership and keeping the church family focused during a difficult time.

“We were able to accomplish something amazing,” Beatty said, “and I believe it was due to a unity of vision on the part of our members. I was just amazed at the generosity of people. By God’s grace we were able to overcome … and by his grace, we will continue to move forward … stronger than ever.”