On a steamy morning, a small plane taxies onto a runway at Baton Rouge Metro Airport. An elementary school-age youth climbs out of a passenger’s seat. “I was flying!” he says.

It’s a lesson in courage and trust that local pastors and pilots hope will inspire a new generation to think beyond the ordinary – to explore limitless possibilities.

Five local pilots recently volunteered to take kids on their first flights – an aerial tour of the Mississippi River, the state capitol grounds, LSU and Southern University. The excursion marked the end of an eight-week S.T.A.R.S. course in aviation basics with a Biblical application. For 14 years, S.T.A.R.S. (Students That Are Reaching Success) has employed a no-boundaries approach to teach kids to soar spiritually as they excel academically.

S.T.A.R.S. founder Albert White of Abounding Love Ministries, with the support of pastor/wife Adraine, partners with the YMCA and BREC to provide education, enrichment experiences and recreation every Saturday, plus an eight-week summer camp at Saia Park on North Donmoor Avenue. During the academic year, they also offer after-school tutorials and preparation for standardized tests along with instruction in social skills and strategies for coping with challenging life situations.

“It’s just amazing to see what God has done,” White said. Through the Soaring Stars element of the curriculum, he is hoping to awaken a passion for flying and show kids that their dreams are achievable. The five pilots – Bishop Calvin Emery, Scott Barrow, Edgar Blevins, Smith Thomas and Gabe Rincon – immediately agreed to the idea.

“As a kid I always wanted to fly,” said Dr. Edgar Blevins, a pilot and mechanical engineering professor at Southern University. “All kids love airplanes and cars. So we thought this would be a good way to introduce the kids to aviation and the Word at the same time.” He and fellow pilot Dr. Calvin Emery, pastor of Times of Refreshing World Outreach Ministries, designed and served as co-instructors for the aviation curriculum.

“For each of the aerodynamics, from communications to flight characteristics to going places, there is a Bible verse and technical side,” Blevins said. “We taught them about the first principles of flight, the aerodynamics of the plane: lift, weight, thrust and drag,” Emery said. “God wants to lift you; the wings want to lift you.”

“One of the forces acting on a plane is drag,” Blevins said. “The drag can slow down the airplane – affect its flying characteristics.”

“God wants to thrust you, but drag is trying to come against you,” Emery said. We linked that to people that you shouldn’t be around – non-positive individuals,” Blevins said. “All kinds of things – sex before marriage – that stuff will pull you down.”

“A lot of kids pass by the airport; they don’t know what happens on this side of the fence, especially low-income African-American kids,” Emery said. “They see another African-American, a male, doing the thing that they might like. They realize that if he can do it, I can do it.”

Personal examples make the difference, according to fellow pilot Albert Rutherford. He shared an interest in airplanes with his father, who took him to watch the planes on weekends. “At eight years old I remember peering through the fence and seeing the magnificent men in the flying machines, knowing at that time – I’m going to become a pilot,” he said.

Some 20 years later, a pilot stopped and asked him, “Do you fly?” When he replied, “No, but one day,” the pilot challenged him. “He said, ‘You’re the only person that can make it happen. You’ve got to make the money and find the time. But until you do that – make that decision – it’ll always be “one day.”’ Now in his 42nd year as a pilot, Rutherford lectures and shares a documentary on the famed Tuskegee Airmen, the African-American squadron known as one of the most highly esteemed fighter groups in World War II.

It’s that sort of motivation that camp director Ella Sue Evans hopes to inspire in kids – because kids don’t dream big dreams until they’ve been introduced to big ideas. And rather than selecting a few children to hold starring roles – as schools tend to do – the camp involves many children in a wide spectrum of activities including Spanish and chess classes. The results can be surprising.

“We wanted to make sure that we prepared the children for the next academic school year, so that’s one of our biggest goals for the summer,” Evans said. Under the strategic leadership of program director Yvonne Bey, kids are involved in academics, enrichment and recreation. The camp, attracting as many as 200 kids, is funded in part by a state grant.

The influence of the camp and its mentors is far-reaching. Some former students return to pour into the lives of other kids. “We have the opportunity to impress so many young people,” Evans said. “I get fulfillment just seeing them come back. It brings joy to my heart that my work has not been in vain.”

“It really helped establish who I am as a person,” said former camper Suzanne Hartford. A graduate of University of Louisiana at Lafayette, Hartford now runs Studio 29:11 and teaches dance at the camp. “The creed we learned talks about being a star and being a student who is reaching for success all the time – in the community, at school and at home.”

“That’s my mindset,” said Emery. “That’s why I became a pilot. I wanted to fulfill the dream I had since I was a kid. That can take you from doing something destructive to something constructive. It’s about doing something you never thought possible.”

Through the Soaring Stars element of the curriculum, the instructors hope to awaken a passion for flying and show kids that their dreams are achievable. The pilots, including Edgar Blevins, Gabriel Rincon, Calvin Emery, Smith Thomas and Scott Barrow donated their time and planes to offer the campers an unforgettable experience. 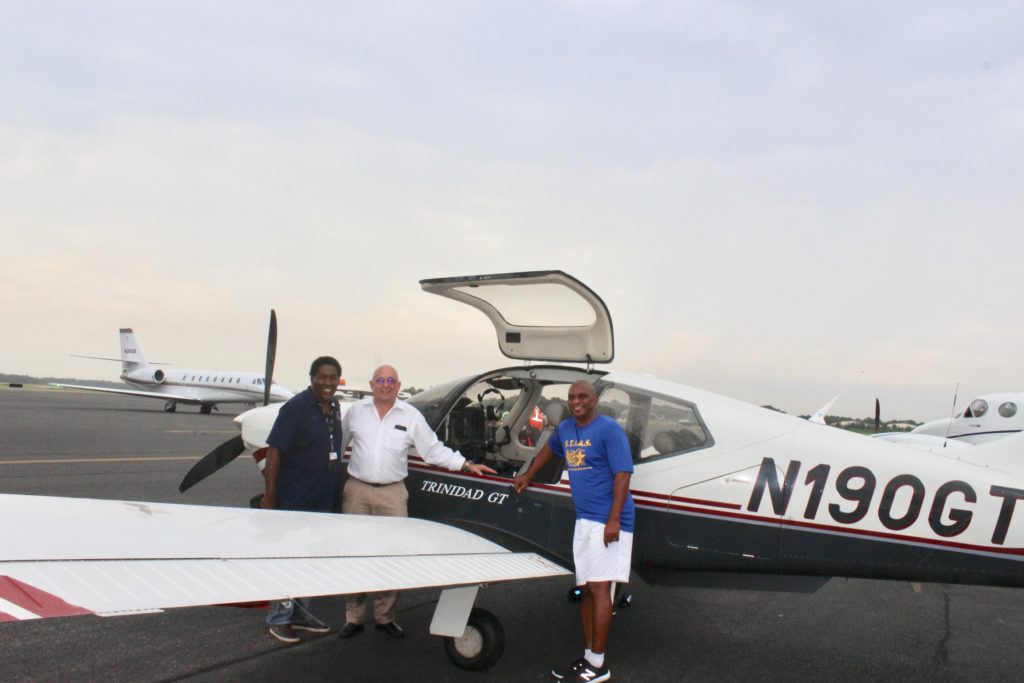 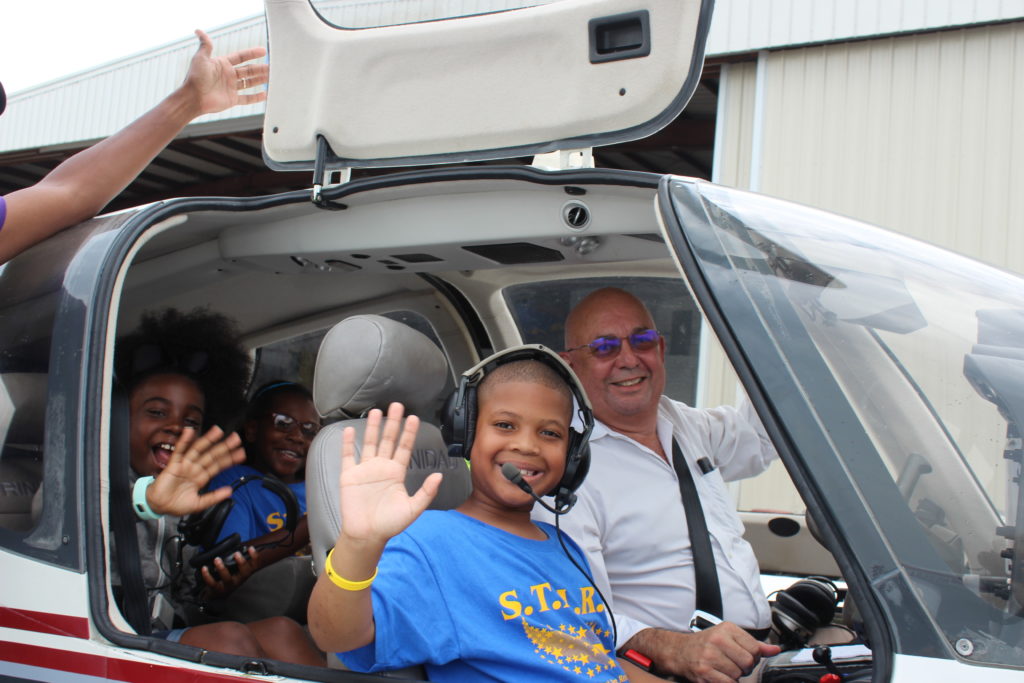 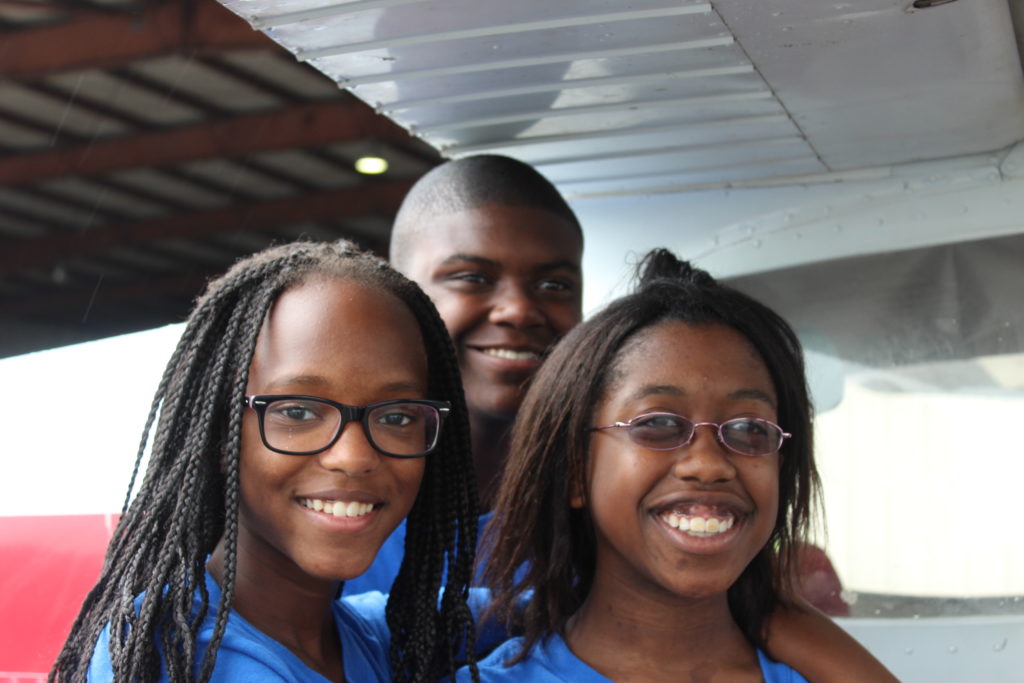 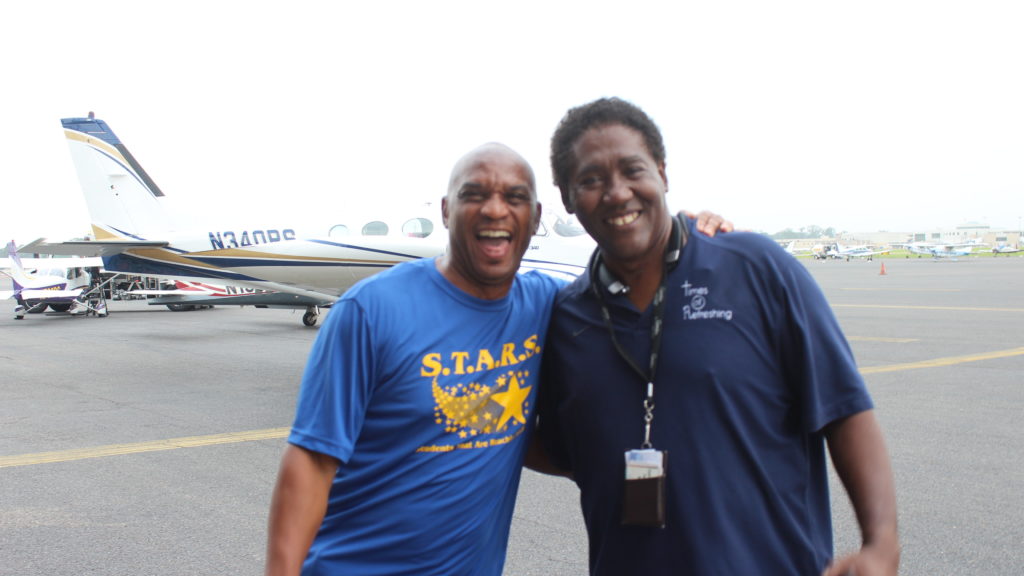 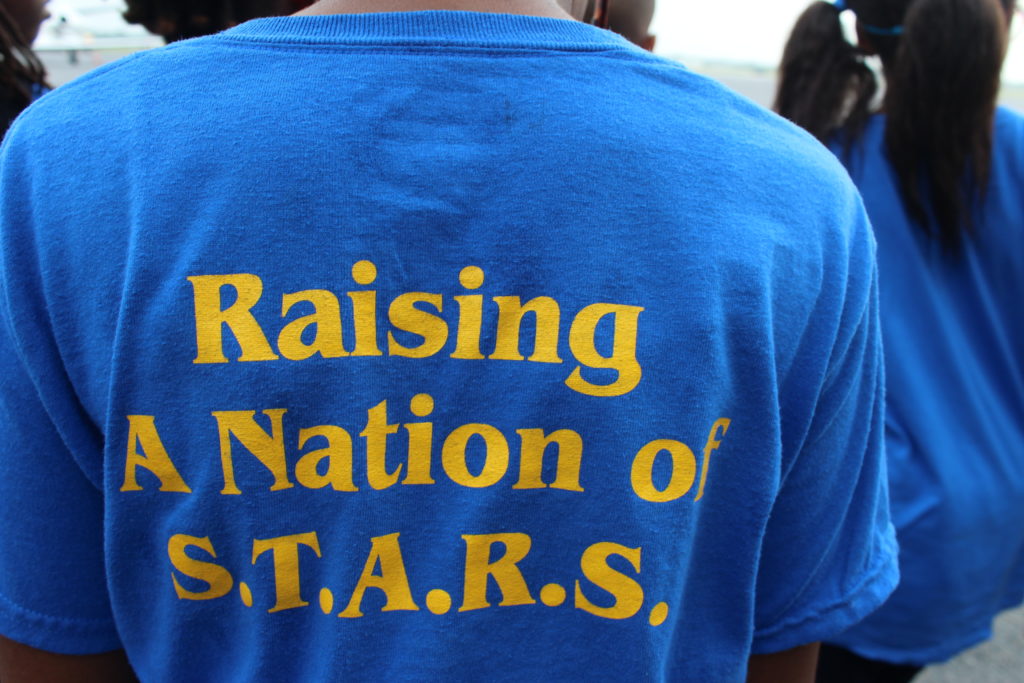 Susan Brown began her career in radio news. She was news director for WJBO/WFMF radio and a journalism instructor at LSU. She holds master’s degrees from LSU and New Orleans Baptist Theological Seminary, and served as a chaplain at Louisiana Correctional Institute for Women.