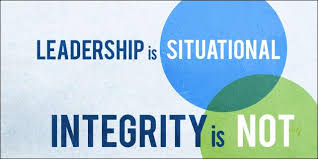 John Wooden, coach of the UCLA Bruins, was a cut above other leaders. During his tenure, he coached the Bruins to 10 national basketball championships in 12 years, 7 in a row. He was relentless when it came to character development among his players. In his book They Call Me Coach, he wrote, “Be more concerned with your character than with your reputation, because your character is what you really are while your reputation is merely what others think you are.”

It seems that personal character gets little attention and work when it comes to leadership. When was the last time in a leader’s training and education they took a course on:

Surely there’s more to leadership than the skills, abilities, and techniques that supposedly bring prosperity and success.

Leadership character ultimately drives what leaders do, why they do it, and how they handle a negative reality.”

Many leaders spend a lot of time and energy developing the 10% above the water.
*They earn BBA/MBA degrees from fine universities.
*Spend hours attending leadership seminars and courses.
*Seek professional consultation.
*Work hard, make major decisions, and lead countless meetings.
*Communicate and listen.
*They do whatever it takes to make them “successful,” “great,” “prosperous.”

However, how much time do they spend developing the 90% of their leadership character, who they really are as people? If little to no time is spent, are they not like a man who built a nice house—beautiful, big, comfortable, loaded with luxury. The house looked good, impressive, well-built, but it was foolishly constructed on beach sand.

You’ve heard the story. When a hurricane hit, the house collapsed—like a valued, long-term client saying NO to a multimillion proposal you must have, your business going bankrupt, key people who made your company successful leaving, your marriage ending, your family falling apart, your ministry dwindling.

“CHARACTER IS THE ABILITY TO MEET THE DEMANDS OF REALITY” (Henry Cloud, Integrity) 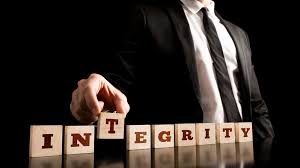 Fred Campbell lives in Ovilla, Texas, just south of Dallas. He pastored two independent Bible churches for 40 years. Currently, he is the president of Living Grace Ministries, a ministry committed to helping churches develop servant leaders, following the model of the Lord Jesus. Fred has traveled to 29 countries and 15 states to lead the workshop.

He received his ThM from Dallas Theological Seminary and his D Min from Phoenix Seminary. Fred is married to Carolyn and has a married son and two grandchildren. His web site is www.livinggraceministries,com and his email is fred@livingraceministries.com

1 thought on “Leadership Character and Integrity, by Fred Campbell”