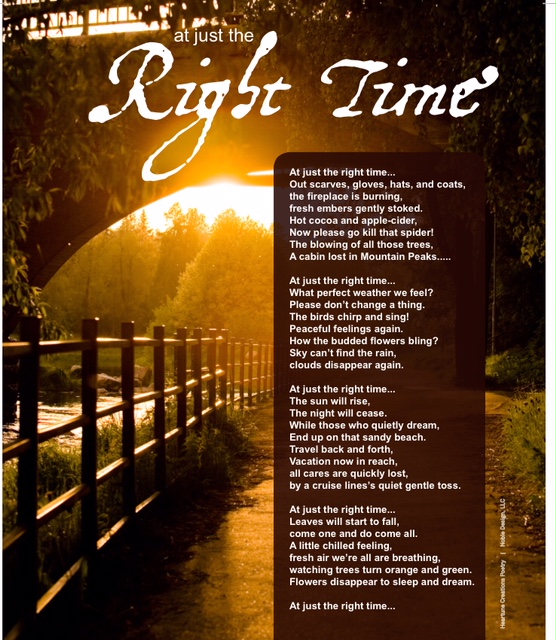 Welcome Fall! After a long hot summer, we are all thankful and prayerful for a glimpse of a new season to come. That season, of course, would be fall. A crisp in the air, the falling of leaves bring a relieved sigh. We also aspire to feel that cool chill that spells out fall is here. A new season also brings new hope and vision. In fall it’s not too cold and not too hot . This is what we hope, anyway.

With the expectation of a hopeful fall, I pondered on seasons of life that come to us all. Seasons bring change, it gives us a chance to focus on what’s to come.
Genesis 8:22, says while the earth remains, seedtime and harvest, cold and heat, winter and summer….will never cease. God made this promise after the flood, in which He destroyed every living thing, with the exception of Noah and his family. We see the rainbow in the sky today as a reminder that we serve a God that keeps His promise. This means God is faithful in every season.

Noah had witnessed massive destruction in his generation. He had been given the task to build an ark that would supposedly protect him and his family from destruction. Noah’s eyes had witnessed the terrible violence that plagued the land but he had chosen to follow the Lord. The Lord judged Noah as a righteous man. Noah obeyed God and built the ark.

Although Noah was a man that feared the Lord, this surely had to be a very challenging task placed before him. There were many questions he needed answered. God will ask us to trust Him by faith, even though it may seem to us that it may not make any sense. In my experience, it was having a child out of season and having to raise him at an older age. He was also diagnosed with a disability. Imagine having to care for a child out of the season of childbearing, not to mention him needing special care. Oftentimes we will never understand why God may be calling us into a season of unfamiliar territory for His own purposes. This can be overwhelming, and we can find ourselves paralyzed with a sense of uncertainty.

To everything there is a season, a time for every purpose under heaven, (Ecclesiastes 3:1 NKJV). This is very encouraging. It helps us to know that if God allows something into our lives, though many times it may come with hardship and pain, a new season is sure to follow. He determines the times and seasons of life. This takes the burden off of us. 1Peter 5:7 says, cast your cares upon him for he cares for you.

God remembered Noah and blessed his life after the flood. He never left him for one moment. The ark of protection kept him safe through it all. Jesus is our protection through every season that we face today. If we sow tears of sorrow for one season, we will reap tears of joy in the next! Seasons Greeting!