Anyone who has ever attended the annual Hot Art, Cool Nights festival knows what a special event it is. It’s a family-friendly evening filled with food, live music, and dozens of local artists showcasing their original works. Sponsored by Mid City Merchants, the event is a great way to discover new talent and connect with the businesses that keep Mid City growing.

Hot Art, Cool Nights will be held Friday, May 11, from 6 to 10 p.m. in the area loosely bounded by Jefferson Highway to Goodwood and Government Street to 14th Street. The area has long been known for its galleries, sculptors, painters, photographers, jewelry designers and other artists.

Hot Art, Cool Nights is a free event. Visitors can take advantage of a complimentary shuttle bus and Uber discounts throughout the night, but it’s also fun to stroll along the streets as you take in the art and most likely run into old friends you haven’t seen in a while.

Let art arise! For more information, call (225) 571-2176 or email info@midcitymerchants.org. You can also check out the Mid City Merchants Association page on Facebook. Many purchases made during the event will be tax-free. 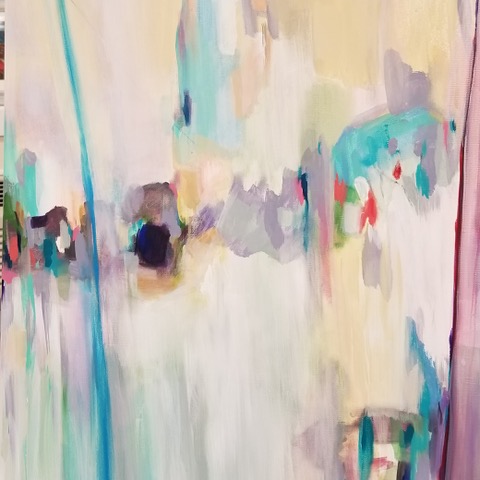 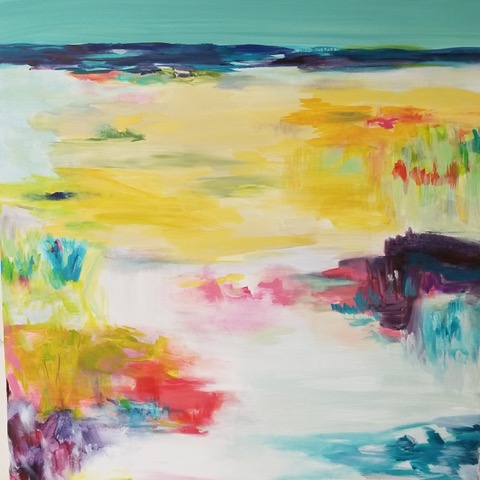 Sandbar Beach and Walk the Line by Sharon Furrate Bailey.

Sharon Furrate Bailey grew up in Alexandria, La and moved to Baton Rouge to attend LSU. She earned a B. A. in English Literature in 1990. She attends Our Lady of Mercy Catholic Church. Sharon has been in the field of marketing, sales, and public relations since 1996. She is a gifted artist and has been a columnist since 2005. She can be reached at sharonfur@yahoo.com

Purposeful painting touches the lives of others 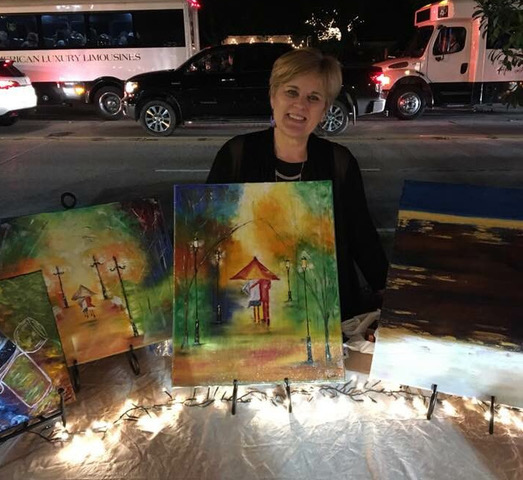 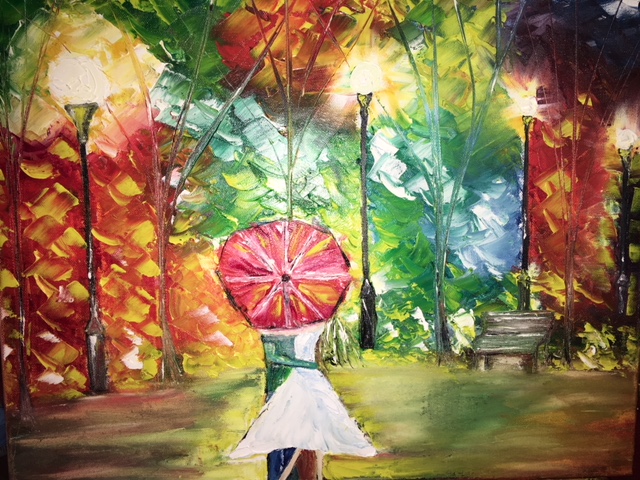 Q:  When did you first discover you were an artist?
A: Thirteen years ago, I was invited to an art class given by Merriann Hornsby, and it was there I realized I had a love for the impressionists. Merriann has a gift for color and I will always carry with me what I learned from her. Her teaching style was very warm and engaging which is what I needed to build my confidence and develop my own style and techniques. I am forever grateful to her for jump starting my creative journey.

Q: How would you describe your artist statement?
A: I paint to put a smile on someone’s face. It is that simple. Every time I begin a new painting, my first thought is always: what will make someone happy? Will this painting bring joy to the person seeing it?

Q: Do you feel that painting is a spiritual gift?
A: Yes, absolutely. I believe every artist draws their imagination deep from their soul. Before I begin a painting, I pray and ask the Lord for direction and I want the completed painting to touch someone’s deepest need, to give peace, joy, contentment and hope. I am always amazed at the Lord’s direction because literally someone’s name may come to my mind and I will hear the Lord say, “….. needs this painting Danni.” I cannot tell you how many times I will give a painting to someone and he or she will say, “Danni, how did you know this is what I needed?” I am always tickled to hear those words and I am reminded that painting is a gift.

Q: You were a featured artist at White Light Night in November. How was that experience?
A: Yes, at the midnight hour, I decided to set up at Calandro’s and showcase my art. I really did not hesitate to participate because I believe in stepping out in faith. I had an amazing night. People came up to me the entire evening and I ended up selling three paintings and handed out all of my art business cards. I loved being among fellow artists and was inspired by the talented artists that were set up near me. I am excited about participating in more art festivals like the annual Mid City Arts festival. I have to say Calandro’s is a hot spot too because hundreds of people came through there that evening to not only see the art, but to hear the music and enjoy sampling appetizers and wine. It is like a mini arts festival.

Q: Where can people find your artwork?
A: Currently, I sell most of my work via Facebook. I simply post my paintings on Facebook and people will message me in order to purchase it. I am hoping to find new places to showcase my work.

Q: Do you have a favorite scripture of book of the Bible?
A:  Psalm 73:25 is my favorite verse in the Bible. “Whom have I in heaven but you? And earth has nothing I desire besides you. My flesh and my heart may fail, but God is the strength of my heart and my portion forever.

Q:  Share anything you would like our readers to know about your journey.
A: Well, about two years ago, I discovered Sharon Furrate Bailey’s artwork on Facebook. I was drawn to her style of art and we became friends when I mentioned I would go by and see her at Calandro’s for White Light Night. So I went to see her and we hung out most of the evening. I told her I was one of her biggest fans. We began painting together at her studio not long after we met. Her dad is a retired architect and he designed her studio. Our friendship grew and we even teamed up to teach classes for the Mental Health Association of Baton Rouge. We also helped with their annual fundraiser Beat The Odds, which was held March 8 at The Lod Cook Center.

Q: What would you like readers to know about you as a person?
A: I grew up in Baton Rouge and graduated from Baton Rouge High School in 1974. In 1979, I married Paul Downing and have three beautiful and accomplished children — Amy, Heather, and Paul Jr. I am a retired flight attendant from Express Jet Airlines where I flew for 14 years. I am now pursuing a career in real estate and I am very excited about this new venture. However, I will continue to paint to touch the lives of others through this artistic gift. 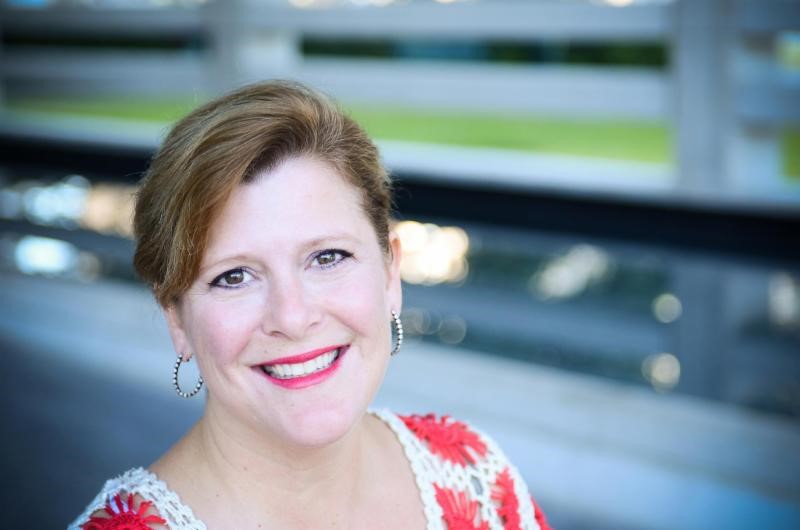 A children’s dance recital should be an event the whole family can enjoy. But if you’ve attended one in recent years, you might have experienced some uncomfortable moments. Little girls dressed inappropriately and dancing suggestively has become the norm at many dance studios.

Whitney Jones-Holland wanted to raise the “barre,” so to speak. An education major with a degree from Southern University, she had grown up dancing in her hometown of Houston, Texas, and dreamed of opening her own studio, but it would have to be one that adhered to high standards and Christian values.

“I wanted my students to be able to learn to dance with joy, love and excitement, but without compromising their values,” she said. “I wanted to be able to teach values that would uplift and inspire them.”

She didn’t know if anyone would be interested, but she began to pray about it, and the more she prayed, the more it seemed possible. During a road trip to Tennessee, the Lanier Elementary teacher got the proverbial “sign from God” — literally. “I was thinking about my dance idea, and I saw this huge billboard for some kind of guidance counseling. And then the word ‘guidance’ struck me, and I thought, ‘I never knew DANCE was in the word guidance. Then I thought maybe this was divine intervention. And suddenly I knew I would open a studio and I knew what its name would be … Divine GuiDANCE.”

Today, Divine Guidance has more than 60 students enrolled in tap, jazz, ballet and creative movement classes. Dancers range from age 2 to adult, and participate in an annual recital each year, held at Faith, Hope & Love Worship Center, and at LSU. “The music, movements and costumes are not suggestive in any way, and don’t send out negative messages,” Jones-Holland said. “We pray at the beginning and end of every class. There is no yelling or fussing or pressure. We’re a team and we treat each other with kindness and respect at all times. Our instructors encourage students to believe in themselves in their daily lives, at home, at school, and in their communities. We are teaching them dance skills, but we are also sharing our faith, showing them love, and helping them deal with life’s challenges.”

Jones-Holland has a big heart, and a year ago, a new idea started weighing heavily on her. She would offer her dance classes free for an entire year. With 50 students, the idea could have had disastrous financial consequences, but just the opposite happened. “This was all faith,” she said. “My husband (Hansoni) supported it, everyone pulled together, parents donated what they could afford, and it was a huge success.”

The free training allowed many young girls to discover a love of dance in a supportive and caring environment. Many of them would not have been able to afford it otherwise.

Divine Guidance also enrolled students in the studio’s first dance, academic and enrichment camp, which will hopefully become an annual project serving about 30 students each year. Holiday camps are held throughout the year and in the summer. Jones-Holland, who is also mother to 4-year-old Holli, says her parents were instrumental in forming her faith life, and she is grateful to them for a gift she now passes on to other young girls. The parents of her students are grateful as well.

“There’s warmth and love in the way she teaches,” says Tonya Johnese, whose daughter Hannah studies with Holland. “Whitney is a great role model.”

Camilla Jones agrees. Her daughter, Ca’Myra, has been dancing with Holland since the age of two. “Everything about her studio is wholesome and for a parent that’s very important,” she said.