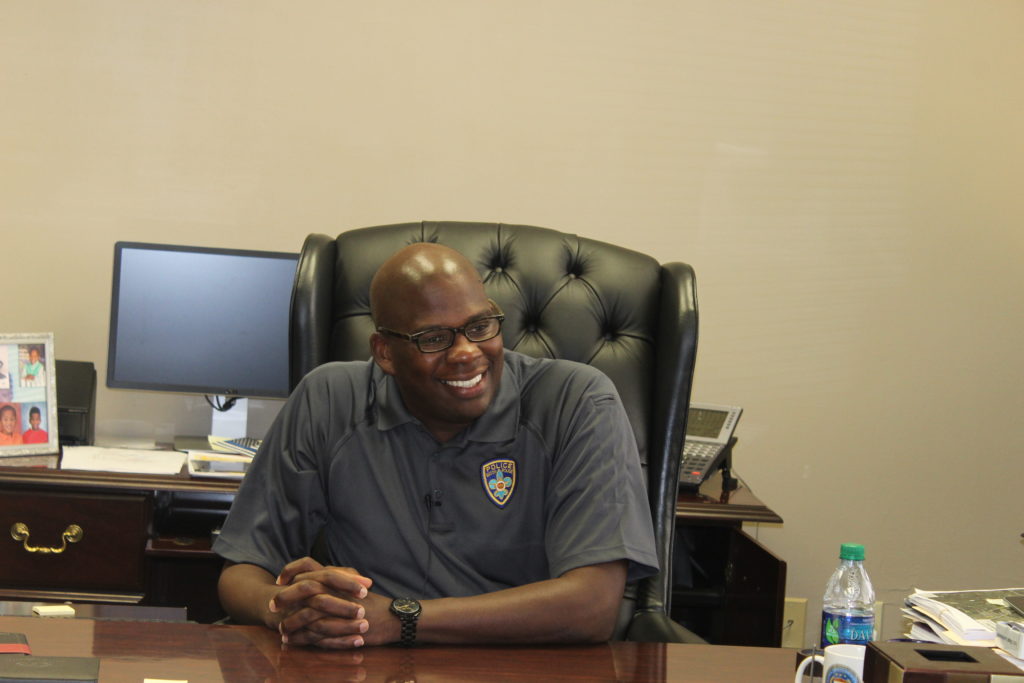 Armed with 27 years of law enforcement experience and standing on a foundation of faith, Baton Rouge Police Chief Murphy Paul exudes confidence in efforts to stem the rising tide of violence among American youth.

“If we’re going to change the hearts and souls of young men, then I think it’s going to start with our faith-based community,” he said. “Less than 7% of individuals are responsible for a majority of the violent crime. They’re not in their congregations on Sundays – they’re not. So, if we’re going to evangelize to the lost, you have to get from behind the pulpit. We have to hit the streets.”

That means intentionally stepping into troubled areas, building bridges of trust and opening avenues of communication. But they want to do it wisely. This summer, the U.S. Department of Justice is holding sessions in Baton Rouge with faith-based leaders and other community partners on safely engaging the community at the street level.

“We’re going to ask our pastors to try to reach the hearts of these young men, and we’re going to have mentors out there,” Paul said. “We’re going to do everything we can to have a positive impact on this culture of violence.”

“One of the things we recognize is that there are barriers in community-police relations. So, what we’re telling the community is – if you’re scared to come forward to law enforcement, if you don’t want to come forward, then go to your pastor, your faith-based leader and talk to him or her,” Paul said. Faith-based leaders can then present appropriate information to law enforcement.

While current statistics indicate an increase in the homicide rate, Chief Paul expects the number of violent deaths to decrease as their efforts take hold. “We’re below the national average when it comes to solving these homicides and that’s due, in part, because the community is not coming forward and working with us to provide information to put these bad guys in jail,” he said. “Every violent crime that we see right now – there’s a gun involved. And we’re starting to see that some of the criminals are getting younger and younger.”

It’s important to get to know people, then look for crisis signs. “A change in behavior is a big indicator,” Paul said. “So, I think it’s important in this day and age that when we see something, we say something.”

Chief Paul favors the idea of police officers in schools to serve as resource personnel. However, there is currently too little funding and too few officers. Consistent, on-site police officers would develop relationships with students that can break down barriers, flag problems and help kids view police officers in a different light.

“We’re starting to see some progress. The community is saying we’re sick and tired of the violent crime that’s going on in our community, and they’re talking,” he said. Crime Stoppers, the anonymous tip line, is receiving as many as 400 calls per month at 344-STOP.

But the core of the issue is a need for changed hearts, Paul believes. “We are dealing with a culture of violence in the city of Baton Rouge where we have young men who don’t care if they live another day. They don’t care about the consequences,” he said. “Their hearts are not in the right place. With all our work and efforts as police officers, we’re not in the heart business.”

That’s where the faith-based community can work best – by transforming lives, Paul said. He traces his own success to adults who cultivated his faith and understanding of right and wrong.

Growing up in New Orleans, Paul confronted a spectrum of tough choices. “I look at the young men that I grew up with – some are in jail, some have lost their lives, some may not be doing as well. And I look at all the successful [ones].” Education and positive role models are key, he said. “You need mentors; you need people to look up to, people to help lead you in that direction.” Paul said some people who run into trouble with the law were never taught to do the right thing.

“It’s unfortunate that we do have a generation that are lost, but we can’t give up on them. It’s not the Christian thing to do,” he said. “We have to keep trying.” To youth in the community – and his own four sons – Paul preaches the three C’s: control, choices and consequences.

“You have control over everything you do. How you respond to a situation is more important than the hardship itself. That’s why you have to be wise when you make choices because they have consequences,” he said.

“So, I tell kids: Don’t buy into this victim mentality. We make mistakes. Learn from them,” he said. “The way you do that is understanding the 3 F’s: faith and family first. They are the only institutions that don’t judge you and give you second chances.”

Paul said many people invested in his life and led by example. “My mom [Patricia Price Paul] always preached the importance of putting God first,” he said. His parents divorced when he was very young, leaving her to raise Paul and his two sisters.

“She just showered us with so much love. My sisters – we have a great relationship. I can’t ever think of a phone call or a conversation where we didn’t say “I love you” and “I love you, too,” even after an argument. He credits his mother for her awareness of their friends and activities – and for being quick to intervene when something didn’t seem right.

“My mom could come in my room any time and just search the room. I can remember one time she searched the car – she didn’t like the company I was with that time,” he said. “Kids out there don’t always make the best decisions.” He advises parents to take charge by searching their kids’ backpacks and bedrooms. “We need to look under the mattress, we need to pull out the drawers, we need to go to the car, get the keys, search in the glove compartment, the trunk and everything. Be involved.”

“I’m in a great place right now, spiritually,” Paul said. To start the day with a positive attitude, he turns to gospel music. At 6:00 every morning, a cashier at the State Police cafeteria sends a verse of scripture. “Today’s scripture is ‘Live wisely among those who are not believers and make the most of every opportunity,’ [Colossians 4:5, 6 NLT]” he said. He reads the daily scripture on the Bible App. He is refreshed and encouraged at Healing Place Church. “Every Sunday, you get an opportunity to empty that stress cup,” he said. “It puts things in the right perspective.”

That perspective is at the heart of his appeal to the faith-based community, in the belief that a mindset of awareness and mentoring can make a difference. Chief Paul is so committed to the concept of community involvement that – when he decided to retire from State Police – he intended to spend the rest of his life connecting capable volunteers with their areas of passion through his new nonprofit, Work to Give. He prepared to become a certified mentor trainer through the John Maxwell program, Then, he experienced a life change.

“If you want to see God laugh, tell him your plans,” Paul said. “God began to bless me and open up doors and opportunities that I could never imagine.” Fellow mentors in the Maxwell program saw his sense of hope, his enthusiasm and his experience as qualifications for a future police chief – something he had not considered. On their advice, he turned in his application for Baton Rouge chief of police just before the deadline.

I’m excited about the future of the police department here. We have great men and women who work here,” he said. “I think God put me here for a reason.”

“It’s a difficult time. I do believe that. And that’s why I think prayer is so important,” he said. “God has a way of calming us in difficult times…I pray and ask God for wisdom, for guidance on decisions.” 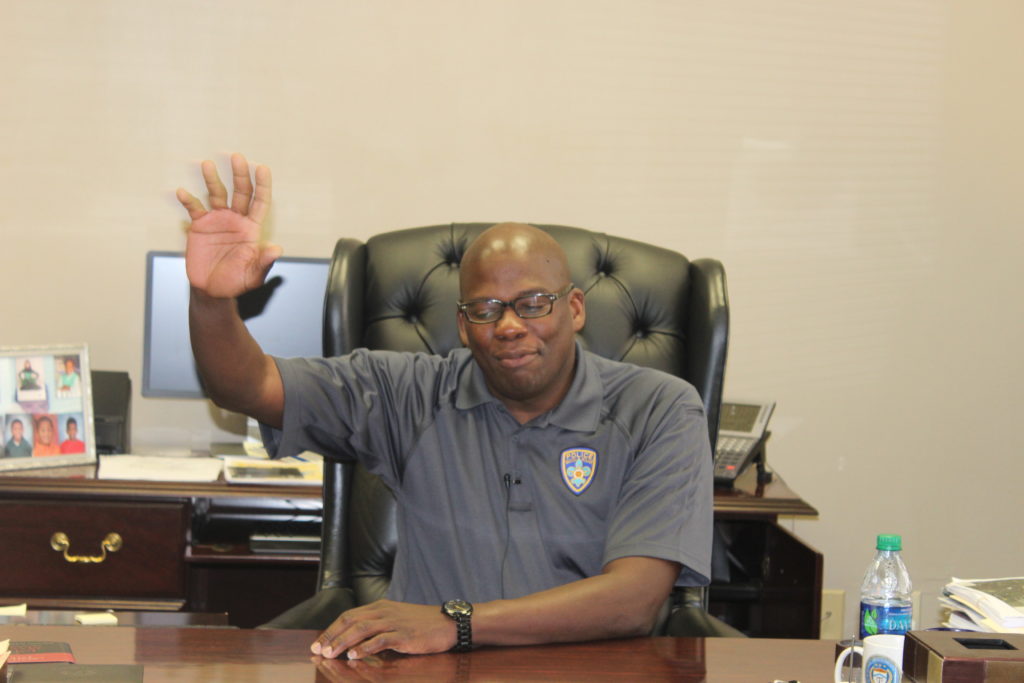 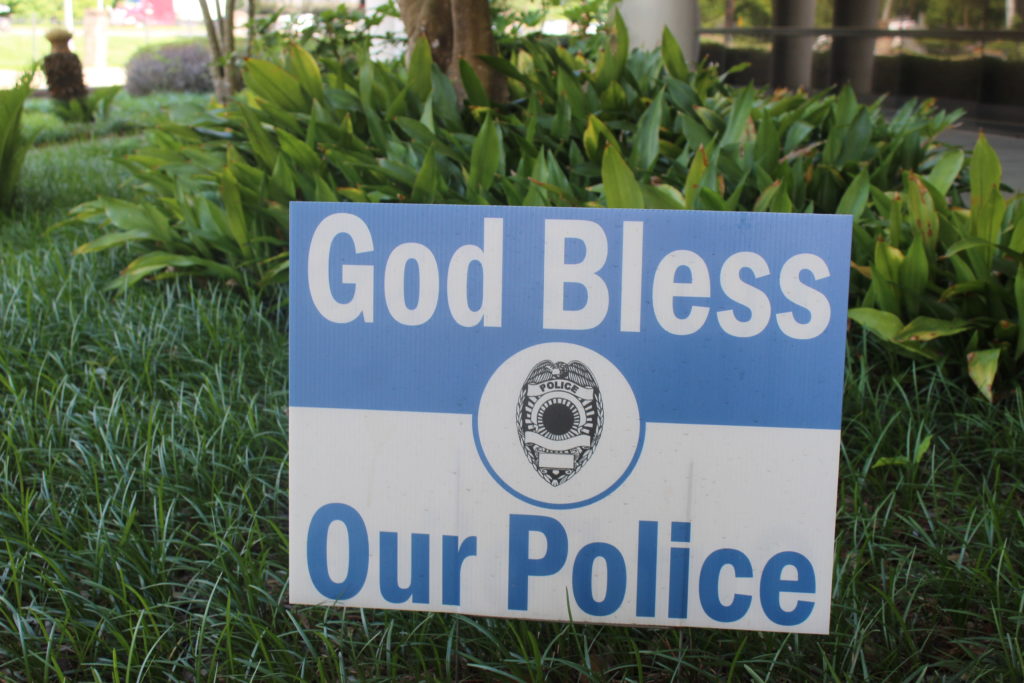 Susan Brown began her career in radio news. She was news director for WJBO/WFMF radio and a journalism instructor at LSU. She holds a master’s degrees from LSU and New Orleans Baptist Theological Seminary, and served as a chaplain at Louisiana Correctional Institute for Women.

Special thanks to our advertisers! Click through to learn more!

This month at BREC…..

Library Rocks in the summer!