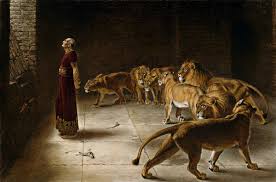 ANOTHER MARK OF INTEGRITY: Walking with God, By Fred Campbell

a prison of injustice,
don’t give up on your dreams! 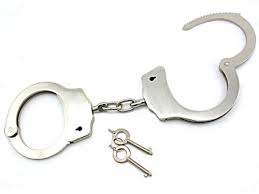 A message can be found in many a place.

I was wearing a certain bracelet, and when I opened it and turned it upside down it looked like open handcuffs. When I held it right side up it looked like an opened heart. (See picture)

I immediately began to think of the many prisons that are found in our world today. The church too, suffers attack from the chains that bind, whether that be social injustice, domestic injustice, racial injustice, criminal, family, the workplace, and so on.

The story of Joseph, beginning in Genesis 37, tells of the dreams that placed him although innocent as he was, in a prison of injustice. These plans were orchestrated by his brothers (family injustice), and shaped by a prison of their own jealousy. John 10:10 says, “The thief’s purpose is to steal, and kill, and destroy. My purpose is to give them a rich and satisfying life.”

Even though Joseph was shackled, with the chains of injustice, in an undeserved place, the Lord was with Joseph. He succeeded in everything he did while he served in the Egyptian home of his master. Genesis 39:2. As if this weren’t enough, Joseph was also unjustly lied on and accused of Infidelity by Potiphar’s wife, which landed him in deeper trouble. Even in this place, Joseph found favor with the prison warden, and once again Joseph was successful in everything that he did. Genesis 39:23.

It’s remarkable how in the hands of a timeless God, undeserved injustices can turn into undeserved privilege, a picture of God’s Grace, which we all are in need of. Romans 5:8. This freedom is found, when we realize this and surrender to a loving Father, allowing Him to make sense of it all. I Timothy 4:6 says, “He gave His life to purchase freedom for everyone at just the right time.”

God knows how to bring every injustice full circle. As I reflected on the bracelet I shared about at the beginning of this story, it started closed on my wrist, but inside it held a different meaning. I shared that when handcuffs are open, and are turned upward it resembles an open heart. This is the reflection of the love of God. His heart is always opened to us.

He loves us too much to leave our stories unfinished. What’s your story? Jesus paints a whole picture.

At the close of Joseph’s story, the same place where he’d been delivered over to death, was the same place where he received new life, the Resurrection. This is a perfect picture of the new birth. Out of his life of hopelessness, pain, rejection, and sorrow, came love, joy, restoration, forgiveness, healing, and a new beginning.

Joseph was now free to fulfill the dream that was inside of him all alone.His prison of injustice through God’s mercy resulted in redemptive victory.

Can we find anyone like this man so obviously filled with the Spirit of God?

Pamela started her writing journey by writing poetry as a way to uplift the spirits of those in nursing homes and the like. This is still the goal today, to touch hearts and lives wherever encouragement is needed